There is an interesting article over at deskmag, an online magazine dedicated to co-working, about coworkers and their changing attitudes over time. Here’s an excerpt. Link to full article at the end.
“After four years in a coworking space, members begin to lose their satisfaction and attachment. They come in to the office less often and make plans to leave altogether. The Global Coworker Survey shows that the needs and attitudes of coworkers change the longer they stay in their workspace. They switch from flexible to permanent desks, from office hours to 24/7 plans, and desire better infastructure. What can coworking spaces do to retain members?

The Global Coworker Survey compared the reactions of new coworkers to those who have been in their workplaces for several years. In doing this, Deskmag was able to observe the changing attitudes of coworkers over time.”

Springfield, Missouri…probably not a place you would think is on the cutting edge of container architecture, right?  Well, for The Workshop 308, they say things are changing and more people are getting excited about shipping container homes/design.

[editor’s note: this post should have gone out a number of weeks ago, but I’ve gotten bogged down big time with other posts and endeavors]

And as with anything, there are several options.  You can pour a foundation footing, floor and walls up to your container bearing height (reinforced with steel obviously); you can pour a floor and footing and build the walls out of concrete block or ICF (Insulated Concrete Forms); you can even use a shipping container as your basement structure, BUT you have to take careful steps to ensure that the container is completely sealed in and out against moisture and the walls are reinforced against the push of earth (like any good retaining wall).  Essentially, any typical basement structure can be used as the basis for shipping container design.  I mean, all you’re doing is stacking a box on top of it after all, right? Right. I thought you’d see things my way. 😉

Always being on the lookout for new and interesting shipping container projects, this one has been in the works for quite some time and is now in full construction swing. Don’t forget to check out the panoramic photos. Awesome! Enjoy.

Many of you know that we're consulting into the Epic Creative Co-op Shipping Container Studio build, just outside Houston, TX. I'm happy to inform you that our project has recently been picked up by DWELL magazine and I'm hearing that it may get picked up by even more publications as it nears completion. I just talked to Vic Cherubini, the Mastermind behind the metal monster… Vic says: The project is coming along nicely.  Today we got a good ju … Read More

via The Life and Times of a "Renaissance Ronin" 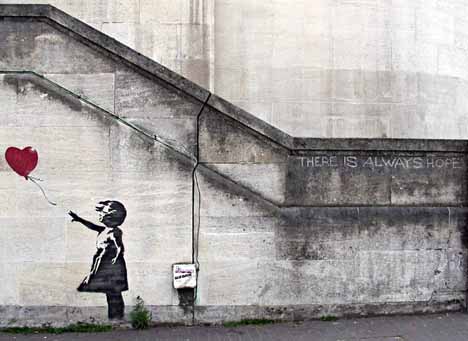 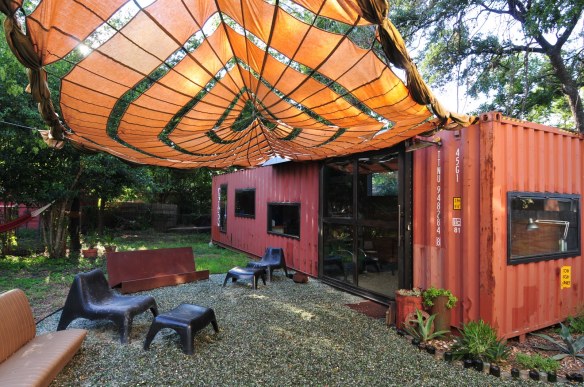 I like to check my blog stats to see the random, and sometimes very strange, search terms that pop up and even take them over to google or bing to see how far down the list I am.  Today I used a search term that is appearing more and more in conjunction with my blog – “shipping container floor plans”.  So I headed over to google and copied in this tasty little tidbit of a phrase and punched the old “enter” key.  As you can imagine the typical sites like treehugger and inhabitat popped up almost immediately, which is to be expected.  But, one that I wasn’t expecting, and one that I’m happy to have now found is Alan’s blog and flikr stream detailing his construction of the studio pod – a single 40′ High Cube container insulated, finished and completely DIY.  And let me tell you, this container studio certainly gets the “archisexy” seal of approval as I’m sure you’ll agree.

While the entire build took several months and more than a little help from what appear to be very skilled friends, this is just yet another example, in a very long list, of dedicated artists/builders/entrepreneurs/regular joes building their own container structures.  I mean, really how much proof does it take to realize that this is possible, this is affordable and this can be done under your own steam with typically some basic knowledge of construction and a little “trial-and-error” experimentation?

And now for some photos. 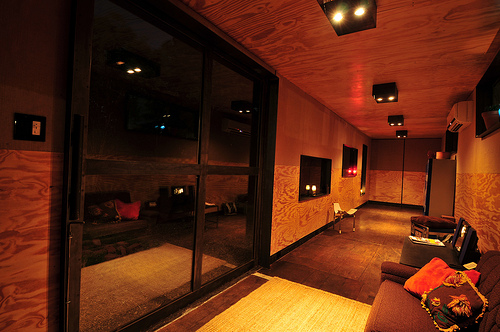 Let’s face it, no matter what your political or socio-economic views are, you can not escape the fundamental truth that we are approaching (or could already be in) an energy crisis which leads to a crisis of conscience.

I know what you’re asking yourself right now: “what the hell is he talking about a crisis of conscience?” Well, let me expound on that for a minute. Currently, in the US a staggering portion of our electricity, about 45%, is produced from coal burning power plants, 23% from natural gas, 20% from nuclear and about 12% from other sources including hydroelectric and renewable sources. So, nearly 70% of our current electrical supply comes from power plants that have to burn some fuel source that is non-renewable. The other 30% comes from sources that are much cleaner and nearly infinitely renewable.

Now, as our populations continue to increase as people live longer more active lifestyles and more children are born healthy and free of disease, our consumption will only go up, which means we are being faced with our crisis of conscience: how do we not only maintain our current electrical demands, but increase production without depleting our finite resources and destroying the planet in the process?

Let me just tell you now, the answer is not simple.  It’s not easy and it certainly won’t be cheap, at least not at the beginning. But the reality is coal and natural gas are finite – THEY WILL RUN OUT, and much sooner than you think. So why do we still rely so heavily on them? That is actually a much easier answer. It’s because there is this “rift” between the environmentalists and the “powers that be”. You see, environmentalists want nothing but clean and cheap energy for everyone. This is an admirable goal to be sure, and it’s one I share. BUT (you knew that was coming right?) they want it NOW NOW NOW. Or even YESTERDAY would be nice. Not some day off in the future or even tomorrow, but TODAY. Then there are the “powers that be” in Washington and on Wall Street that have been getting fat and happy for GENERATIONS on fossil fuels like coal and natural gas (lets not even start on the oil tycoons and OPEC, ok). Their goal is to prolong this energy crisis as long as possible so that they can keep jacking up prices and lining their pockets with the proceeds. Now, before you go all “big business is evil” on me, realize that those politicians you elected (yes even the pinko-leftist democrats) are lining their pockets with the same money and even enacting legislation to ENSURE that this crisis continues legislatively (can we say CAP & Trade = excuse to jack up prices).

NOW, where am I going with this? Obviously you can see that these two sides of the aisle are in a  bit of a stale mate.  What’s the happy median? Well, it’s a slow median…really more of a turning lane during rush hour, but still, you get the picture. What we need to focus on in the short term (the next 20-30 years) is reliable, sustainable technology. I don’t mean “green” sustainable, I mean technology that works efficiently and can be sustained. And that is, for starters, nuclear power. Coupled with an increase in hydroelectric, wind and geo-thermal. These are all technologies that WORK and are working RIGHT NOW.

And now you’re thinking “but they just had this huge disaster in Japan with nuclear power and people are scared” blah blah blah. Anyone who does even a cursory search through google or bing will see that this “nuclear crisis” hasn’t happened yet and isn’t likely to because the safeguards that are in place in these 2nd generation plants WORKED. Not to mention those 2nd generation plants were built back before you and I were even born. If technology doubles every 18 months, how much more efficient do you think today’s nuclear power generation is compared to 50 years ago?….yeah, I thought you’d see it my way. :-\

Where does this put us moving forward? I’m glad you asked. This is where our crisis of conscience really hits the road. If we are determined to leave a better, cleaner and more prosperous planet for our children then we need to take determined steps today.

Step 1 is something that every American should do in their own home, and that is to audit yourself. Take a critical look at how and where you use energy. Find ways to decrease your own personal energy demand and live a more sustainable and ecologically responsible lifestyle.

Step 2 is not so easy. This is where we push government into our lane of traffic and bump them down the road a little bit to get em going. We do that by advocating, first locally, for a decrease in fossil fuel powered generation and an increase in some combination of nuclear, hydroelectric, wind…whatever makes most sense based on your location in the country. Here in Florida, nuclear and wind make sense. It’s all flat land with no major rivers to tap for hydro. And the way this gets sold is by everyone working together to reduce their own individual load, thereby making more sustainable, cleaner technologies more palatable as the risk of huge electrical demand will go down.

Step 3 is the final solution in my mind. This is a generational change and will take time. But once we’ve worked it into our social fabric to be more ecologically conscious at even the most basic level like recycling/composting our waste, taking mass transit/bus and living in more dense urban environments then sustainability or “green” will come by default. It will be part of daily life and something that doesn’t need to be thought about. In my future, landfills will be something you only see in photos at the Smithsonian, our urban centers will be a towering megalopolis of people all living, working, playing and growing within an easy walking distance of a few miles (think UP not OUT).

All of these things can be done. But before any change can be made, the fight needs to stop. Collaboration and cooperation are the two key elements that make any endeavor a success.

Error: Twitter did not respond. Please wait a few minutes and refresh this page.